Claire C. Riley says she is best characterized as an old-school horror writer, creating unique modernizations of classic horror themes.  She likes fusing elements from different genres while making them cutting-edge and fresh. 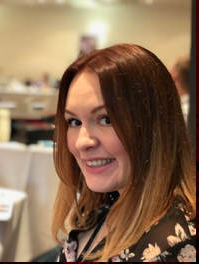 I’m most familiar with her Odium series.  This is fantastic series with engaging ideas and settings along with real characters that you can care about.  It was my pleasure to interview Claire to get her perspective on horror stories and writing.

What are your works and what can you tell us about them? 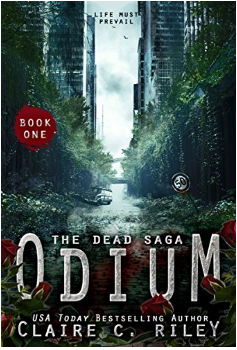 My Odium The Dead Saga series is my most popular work so far. Of which there are currently 2 full books and 2 novellas, with both the third full length and novella in the making.

Think zombies, apocalyptic worlds, dystopian landscapes. It focuses more on realistic characters than just the blood and gore though. Though of course there’s gore a plentiful!

My other series is My Obsession Series – Limerence – that’s based around old school gothic style Bram Stoker-esq vampires. 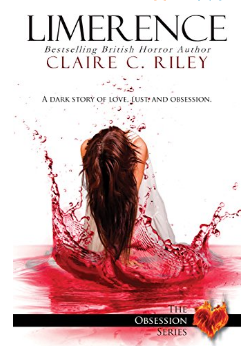 I also have several anthology contributions under my belt such as, Fading Hope: Humanity Unbound, State of Horror Illinois, and Let’s Scare Cancer to Death A charity zombie anthology.

Why do you write about dark and scary things?

I honestly don’t know why. Every time I have tried to write something, shall we say, normal (?) I end up killing someone or having them be a monster of some sort. I’ve no idea why it happens haha. From a young age I was fascinated with movies like The Lost Boys and Bram Stoker and Night of the Living Dead, so it’s obviously stuck with me through the years. I read pretty much any genre though, so I’d really like to be a genre hopper myself and branch out…whether I can do that without killing someone off is another matter though.

When did you know you wanted to be a writer and how do you go about the writing process?

I’ve ALWAYS wanted to write. I have notebooks and pads filled with horror stories that I wrote when I was only ten or eleven. (Seriously, why were my parents not more worried?) For my twelfth birthday, I got a typewriter but it only lasted a year because I went through so much ink for it my parents refused to buy me anymore and I went back to my trusty pen and paper!

My publishing journey actually only started in 2012 when I joined the writing site Authonomy. I put online a couple of chapters of the book I was currently writing – Limerence and got talking with other writers and learned a lot about my skill and how to mold it into something useable.

I normally find an image I like and from that image, I come up with the plot. I try to write an outline, and in all honesty, when I have done it’s made things so much easier. BUT I really struggle with writing them. I’m a seat of your pants writer and my plot changes as my characters become reckless assholes who decide to ignore my demands of staying on one plot path, so I have to constantly alter it as I write.

What advice do you have for other writers?

Keep going, keep writing. DO NOT under any circumstance, write one book and put all of your energy into promoting and pushing it for the next two years. You’ll waste your time and your readers. A reader wants to become invested in a writer and to do that they need more than one book. So write, write, write.

And I mean that literally. Write every day. I aim for a minimum of 2k a day regardless of if I’m at my boring day job, or my three kids are on school holidays and I have to work until midnight. Write every day, hone your craft and enjoy it. Because it shows in your writing.

What is your favorite zombie movie and why?

Well I have two. Night of the Living Dead because I love the old school zombies, and they are what I write about. But I also love 28 Days Later because it scares the crap out of me! I freaking hate that film, and 28 Weeks Later made me scream and run for my car after me and my husband went to watch it at the movies hahaha! Don’t judge haha, it was midnight and dark, and I would be dead within the hour if the zombie apocalypse began and they were fast zombies!

Find Our More about Claire

This entry was posted in Uncategorized.