Book 1: Sanctuary of the Dead – Joel, a slacker, finds himself trapped in a church with a group of survivors in a zombie apocalypse 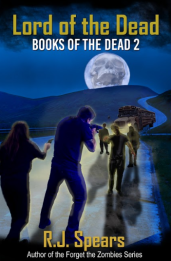 Book 2: Lord of the Dead – Joel and his fellow survivors must face off with a man who has gained dominion over the undead

Book 3: Dead Man’s Land – After finding a new home and, hopefully, safety, the survivors face off in the ultimate battle with the Lord of the Dead and find a new enemy. 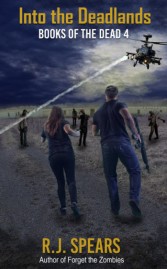 Book 4: Into the Deadlands – Joel and his gang are on the run from the undead and another fearsome enemy while the other survivors find themselves held captive 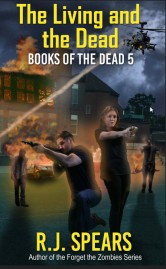 Book 5: The Living and the Dead – On the way to complete their mission, Joel, Kara, and Jason and their crew encounter a new and nastier villain, forcing Joel to make a desperate decision. 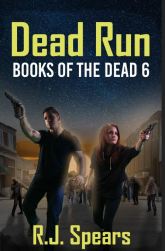 Book 6: Dead Run – There is no safe harbor in a zombie apocalypse. Beaten and broken, Joel and his friends hope to hunker down just to heal and rest, but too bad they won’t get it.

Book 7: Dead End – It has all come down to this and somebody is going to die. Kilgore has finally tracked down Joel and his friends. Joel vs Kilgore – only one of them will survive. 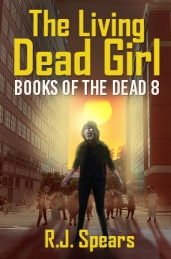 Book 8: The Living Dead Girl – A desperate act leads to a new and heartbreaking kind of undead.

A Books of the Dead Companion Series

Book 1: Running from the Dead – Henry, his mother, Ellen, and a group are refugees are trapped in a rural school in the middle of nowhere. They’re running low on water, food, ammo, and morale. To top it off, zombies roam the fields and roads around them. 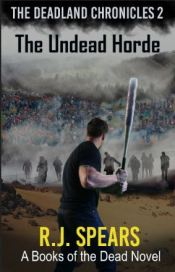 Book 2: The Undead Horde: Jo and Del combine forces with Donovan and his group of prepper refugees to find a sanctuary from a massive undead horde coming their way. The problem is that these safe havens are harder and harder to find as rogue humans want those same places for themselves. 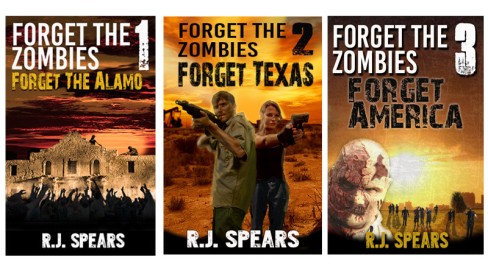 Book 1: Forget the Alamo – Grant and a group of survivors finds themselves trapped in the Alamo surrounded by a horde of zombies

Book 2:  Forget Texas – Grant and his gang of survivors must fight their way out of Texas with zombies in hot pursuit

Book 3: Forget America – Grant leads his group just ahead of the horde, hoping to find a safe harbor anywhere

Ebola Cell: A terrorist in a suicide vest is terrifying. If that terrorist has Ebola, it’s an unimaginable horror.